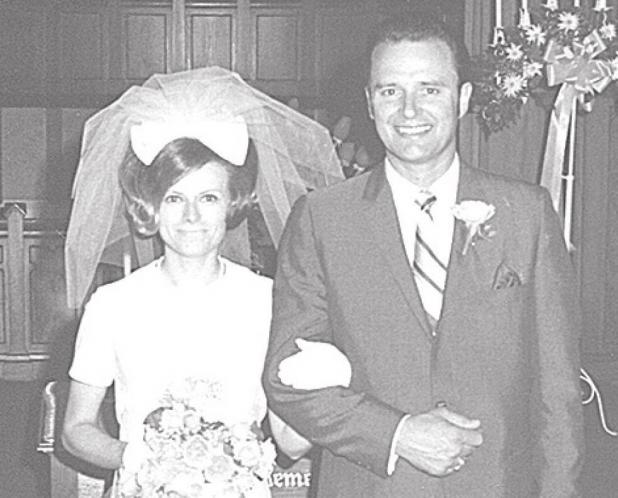 Keith Sullivan and Sandra Von Fange were married June 27, 1970 in Salina, Kan. They are the parents of Mary (Dean) Aebischer of Oregon City, Ore. and Eric Sullivan of Prescott Valley, Ariz. They have three grandchildren and two great-grandchildren.

Keith and Sandie began their married life in Salina, Kan. where Keith worked as an electrician and Sandie worked for the Western Auto Distribution Center and the Salina Public Library.

After retiring, they moved to Prescott Valley, Ariz. in 1996. Keith enjoyed playing golf as well as working part time for a retirement center and as an electrician. For several years, Keith and Sandie enjoyed traveling and were active members of the local Moose Lodge in Prescott Valley.

The family requests your help in celebrating their 50th anniversary by sending a card to: 7805 Larkspur Lane, Prescott Valley, AZ 86314.