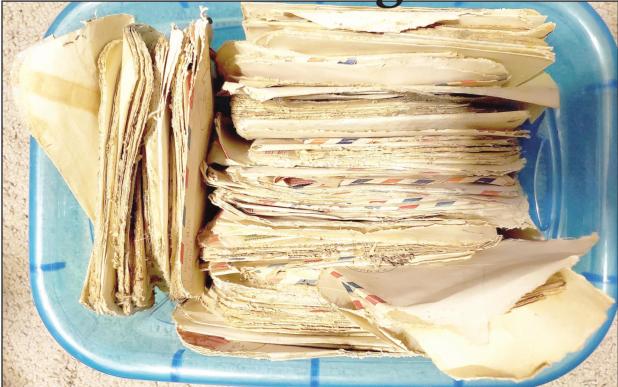 Treasure among the trash

Kerry and Larry Isbell of Lincoln shared a love of all things rusty, dusty, and old. They attended auctions as a form of entertainment. Some of their treasures were restored; others were repurposed. Even others were sold. Over the 20 years on their 10 acres just southeast of Lincoln they collected a multitude of interesting items. Some were put into use right away while some were stored in sheds, the basement, or the garage.

Larry passed away unexpectedly in October of 2019, bringing an end to their auction days. With Kerry alone, she began to sort through the reminders of their lives together in preparation to return to her home state of Iowa. It’s been a difficult journey for her, as it is for all who lose their spouses, but it has proven to be an interesting journey as well, as she rediscovered items she’d nearly forgotten.