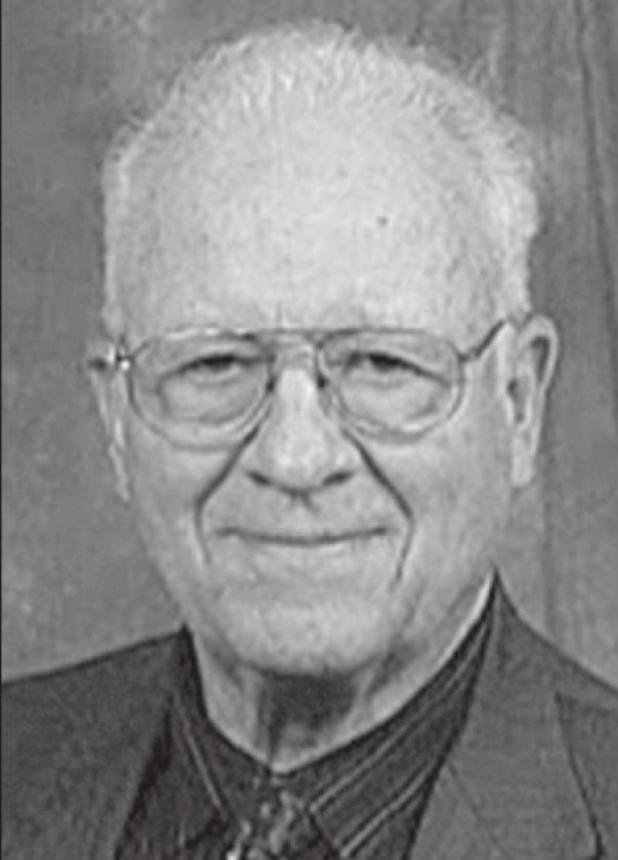 Ed was born on June 17 , 1932 to Albert Hlad Jr. and Mary Vejl Hlad in their home at Bunker Hill, Kan . Edward was their firstborn of four children.

He was preceded in death by his parents, and son, Dean Mark Hlad.

Ed was a farmer, working first with his father and brother, and later with his sons. Ed lived most of his life in the original farmhouse he grew up in outside of Sylvan Grove, Kan. He put his trust in Jesus Christ as his savior as a young boy of nine years old. He was baptized at First Baptist Church in Wilson and was a member there all hi s life. He graduated from Sylvan Grove High School in 1950 and joined the United States Air Force in December of that year. He signed up for the USAF in Kansas City with his cousin , and together they went to San Antonio, Texas for Basic training . He began serving in Wichita Falls, Texas, and in November of 1951 he took a week leave to go back to Kansas to marry his High School sweetheart, Millie Hendrich. They began their married life living in a 24-foot trailer just off the military base. Three months into their marriage Ed was in a motorcycle accident that put him into a body cast for eight months. The doctors ask him if he wanted to live the rest of his life in a sitting position or a prone position. God miraculously healed his body and gave him full mobility. Ed was an aircraft engine instructor during his time in the Air Force.

Upon returning to Kansas, Ed bought a Luscombe single engine, two-seater, airplane. He made his own pasture landing strip and took pleasure in flying over the farmhouse with the doors off, shutting off the engine so he could shout out to his wife Millie. Many family members, visitors, missionaries, and church evangelists were treated to an airplane ride on the farm, doors optional.

As a believer, his faith was evident both at home and in the community. He began every morning reading scripture at breakfast with his family. This was a special time with the Lord that he continued all his life. He loved his church and faithfully served as a youth group leader, Sunday school teacher, and as a deacon. He especially enjoyed singing and he sang bass with a quartet group at church. One of his favorite songs was "Victory in Jesus."

Ed also really enjoyed vacations. Every year following harvest he would load up the family in their station wagon, hook up their pop-up trailer and head west. Over the years, and after the children were gone they moved up to an RV. Ed and Millie enjoyed spending many of their winters in Tucson, Ariz.

As Ed's children got married and had children of their own they began the tradition of everyone gathering at the farm during Thanksgiving. At times there would be 40-45 meeting together over the Thanksgiving weekend. Often Ed was seen with his camera or video camera capturing a memory. Over the years he took thousands of slides not to mention VHS tapes and eventually pictures and videos in the "cloud." As a family we all often enjoyed a night looking at old pictures.

Ed had a quick wit, a smile, and an enjoyable laugh that was contagious. His love for his wife and family will be missed, but he assured us he would meet us soon in Heaven with his Savior. As a pilot, on January 11 , 2021 Ed took his final glorious flight up to heaven.

Farewell N1313K until we meet again.

A Funeral Service was held on Saturday, January 16, 2021 at the First Baptist Church in Wilson. Burial followed at Wilson City Cemetery.

Memorials are suggested to First Baptist Church and Faith Baptist Bible College and may be sent in care of Plumer-Overlease Funeral Home, PO BOX 533, Wilson, KS 67490.

Online condolences may be left for the family at www.plumeroverlease.com.