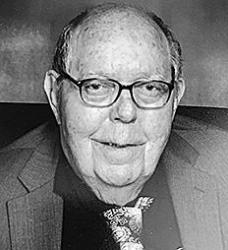 Walter William Wacker, 86, of Rancho Cordova, Calif., went home to be with the Lord on Oct. 2, 2016. He was preceded by his daughter Linda, his loving wife of 55 years Lorraine, and his sisters Dorothea, Renata and Selma. Walter was born in Lincoln, Kan., where he lived until marriage brought him to Carmichael, Calif. He also spent time in the army and served in the Korean War. Walter is survived by his two daughters Vivian Shoemaker of Lincoln, and Gail (Doug) Van Parys of Rocklin, Calif.; two sons Michael (Lewette) Wacker of Roseville, Calif., and Matthew (Traci) Wacker of Rancho Murieta, Calif.; three sisters, Paula, Erna and Clara; eight grandchildren, Beth, Jason, Jenna, Ryan, Lauren, Carissa, Danelle and Derek; and one great-grandson Parker. The family would like to express their sincere gratitude to the members of Transitions for Veterans, Mercy Hospice, Miles Manor, Care A Lot, and El Camino Gardens. Their dedication and effort to provide quality care over the years were a heartwarming blessing to the entire family. We thank God for the gift of Walter’s life and the blessing of the time we spent with him. A memorial service will be held honoring Walter on Saturday, Oct. 15, 2016 at 10:00 a.m. at St. Peter’s Lutheran Church, 8701 Elk Grove Florin Road, Sacramento, Calif. Pastor Richard Eddy will offi ciate. Burial was at East Lawn Cemetery on October 6. In lieu of flowers, memorial contributions may be made to ‘Adopt an Elder Foundation’ at P.O. Box 1603, Rocklin, CA 95677. Phone (916) 803-8148.
http://www.willyweather.com/ks/lincoln-county/lincoln.html